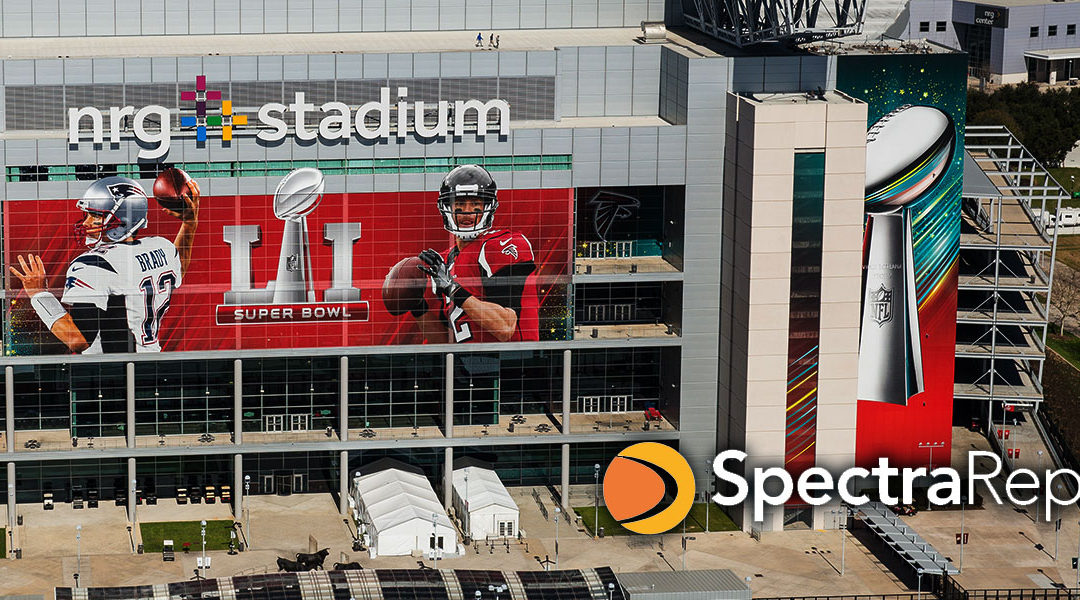 The Department of Homeland Security (DHS) Science and Technology Directorate (S&T), SpectraRep, West Pond Technologies, and Houston Public Media (KUHT-TV) together improved information sharing at the super bowl and demonstrated how datacasting can enhance FirstNet – the first nationwide, high-speed, broadband network dedicated to public safety. FirstNet, like existing mobile phone LTE networks, is optimized for one-to-one communications. Datacasting, being derived from broadcast TV, is optimized for one-to-many communications. Video is bandwidth intensive and can inflict a heavy network load, especially as more users attempt to view the stream. This is of greater concern on wireless networks, where it is often not possible to provide additional capacity.

With datacasting, the high bandwidth media is transmitted once and receivable by all, without adding any load to the LTE network. For example, live video from a body camera on a fireman in a burning building can be delivered to the datacasting system over LTE and then shared with other public safety personnel over datacasting without any additional load on the LTE network. The solution is based upon SpectraRep’s IncidentOne™ network technology which allows users to efficiently manage media collection, routing, and distribution during an incident event. The datacasting component of the IncidentOne network is based upon equipment supplied by West Pond Technologies. In Houston, where the FirstNet integration was performed, this technology has become an important component of the public safety network. It continues to be used for high profile events such as the 2016 Republican party presidential debate, emergency responses to the historic floods of 2016, and most recently the 2017 NFL Super Bowl.

The process of embedding a secure, invisible, network within a digital TV broadcast is called datacasting. In 2009 the United States completed the broadcast TV transition from analog to digital. In doing so every TV broadcaster became a wireless digital network that can deliver content as far as their broadcast TV signal can be received.

The total reach of a U.S. television network, such as PBS, is significantly larger than that of any commercial cellular network. This reach, along with the inherent scalability, makes datacasting extremely useful for networks like FirstNet that must be able to deliver content anywhere. Datacasting leverages the investment broadcasters have already made in securing licensed spectrum, constructing high power transmission systems and operating those facilities 24/7. Datacasting content is hidden in the television broadcast, so is invisible to consumer TVs. It requires very little infrastructure to enable, and supports content targeting to single recipients, groups of recipients or everyone with a receiver. You never run out of bandwidth as more users access the datacast content.

To receive media from a datacasting network a broadcast TV tuner and special software are required. This software typically runs on a personal computer where the datacasting data can be viewed as live video, stored as files or processed as alerts. A complementary device that transmits the media is integrated into the broadcast TV station. This device inserts media into the TV transmission using protocols which are compatible with the datacasting application. Because the broadcast television infrastructure is already in place, a datacasting network, including transmission equipment and receivers, can be installed and operational in just a few days. All these features make datacasting an attractive compliment to FirstNet and other broad reach networks.

Datacasting is not bidirectional, it is transmitted in one direction, however it can work with other networks to create a two-way capability. Data can be sent from the TV station to a near infinite number of receiving devices, but receiving devices cannot use the same network for return traffic. While there are scenarios where a one-way network is sufficient, datacasting is most valuable when complementing a bidirectional network such as the LTE portion of FirstNet. The hybrid network provides the best of both worlds; a one-way channel for distributing large files or streams to an unlimited number of receivers and a two way channel for bidirectional communications and media uplink. The drawing below shows a typical hybrid network configuration.

The FlexStream MX-400SR, MX-400IO, RR-ST1000, and other West Pond products, are key components of the IncidentOne datacasting network. This equipment provides a portal through which datacasting media is injected into the broadcast TV network and then received by authorized network users. The image above depicts an IncidentOne datacasting installation similar to the Houston installation. In Houston, the PBS member station KUHT provides the broadcast TV datacasting bandwidth and as such was outfitted with the FlexStream MX-400SR. KUHT uses a single tower to deliver TV, and now datacasting media, to receivers within its 18,000 square mile coverage area. This coverage area overlaps with the coverage area of the many Houston LTE cell towers. The result is a hybrid network that is accessible from nearly anywhere in the greater Houston area. In Houston datacasting receivers were enabled in patrol cars, mobile operations centers, municipal buildings, key private offices and helicopters. USB receive devices enabled individual users while the RR-ST1000 receiver/router was used to enable devices on LANs and WLANs within vehicles and buildings. The University of Houston and the Houston Police Department emergency operations center were each equipped with a FlexStream MX-400IO. These two locations have access to hundreds, if not thousands, of live security cameras which become datacasting media assets during an emergency incident. The MX-400IO provides live encoding of the security camera video and transmits that to the MX-400SR at the TV station (KUHT). This transmission leverages a secure adaptive bitrate encoding protocol developed specifically for datacasting. Communications between the MX-400SR and MX-400IO can be enabled using a simple internet connection, microwave, dedicated fiber, or other private IP network.

Upon completion of the FirstNet integration and trial exercises, the Houston area IncidentOne network was adopted by public safety organizations that use it for high profile events and emergencies. The network saw its first exposure to emergency use during the floods of 2016 as live video was fed from the Houston PD helicopter to all receivers including the mayor’s office. These were the first aerial video images available to the mayor and they provided critical real time information about the status of the flooding to his office. The network was also used to monitor the roads, crowds and activities at the Republican presidential candidate debates and the NCAA Final Four basketball tournament, the Chevron Houston Marathon, and most recently the NFL Super Bowl LI.

During the NFL Super Bowl the IncidentOne network was used effectively behind the scenes to monitor public safety events as they occurred to provide real-time feedback as issues came up. This allowed responders to better understand the situation and improve response during a week of heightened alert.

The Houston datacasting project continues to be a great success for both special events and daily use. Public safety datacasting networks are now operational in five major US cities. SpectraRep’s IncidentOne has been studied by the DHS Science & Technology Directorate and the Johns Hopkins Applied Physics Laboratory. For more information follow these links.

Datacasting is adding value to public safety communications today and will be significantly enhanced in the future when the television broadcast standard is updated to support reception on mobile phones and tablets. The selection of the FirstNet vendor is expected to be announced in early 2017, opening the door to datacasting’s role in the future of public safety communications.

“SpectraRep’s IncidentOne network has played a major role in information sharing and improving interoperability in Houston. West Pond’s products and services are broadcast quality, provide high reliability and are backed up by exceptional service. They continue to exceed our expectations and we look forward to working with them as we set our sights on building a nationwide IncidentOne network.”
– Mark O’Brien, President & CTO SpectraRep

“We are glad to have been part of such a high-profile deployment of our technology. The MX-400SR and MX-400IO are significant technical achievements and we are proud that they provide the functionality and reliability necessary to meet our customer’s needs.”
– Steve Hastings, President & CEO of West Pond Technologies, LLC